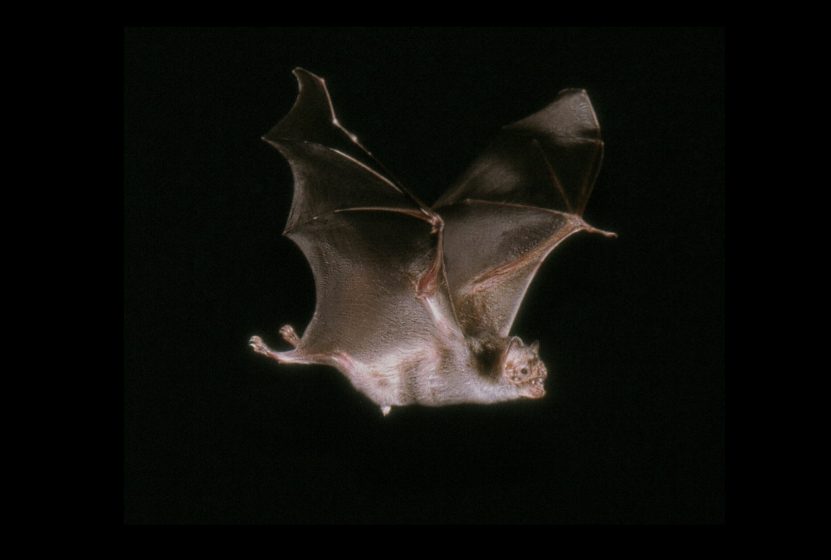 Vampire bats are real, but they do not live in the Carpathian mountains near Transylvania, rather they prefer warmer climates of Central and South America.

The three species of Vampire Bat all come from the family of leaf-nosed bats; the common Vampire Bat (Desmodus rotundus), the Hairy Legged (Diphylla ecaudata), and White Winged (Diaemus young).

All Vampire Bats are relatively small only weighing a few ounces and have a wing span of approximately eight inches. It is common for a Vampire Bat to drink their own weight almost every night when they feed.

Before developing a taste for blood the Vampire Bat’s early ancestors were fruit bats that used their sharp teeth to puncture ripened fruit. Like all other bats, they spend their days in darkened caves, hollow trees, and mine shafts in colonies of about 120 individuals. Males and females stay separated in their dark dens exiting at dusk to find a warm meal.

Vampire Bats are “Obligate sanguivores” which means they live entirely on blood. They are the only mammals to do so and have many adaptations to survive on a liquid diet that is high in protein and iron. This lack of nutrients such as fats and sugars means the bats must feed daily.

Altruistic behavior is often seen in vampire bats where nursing females or unsuccessful hunters will be helped out by their neighbors who will regurgitate blood for the others to eat. This behavior has also revealed that vampire bats have long memories and will help out fellow bats who had groomed them or shared a meal in the past.

Vampire bats like other bat species have exceptional hearing that they use for echolocation, but they also use it to zero in on their sleeping prey. Vampire bats rarely go after humans and mostly target larger livestock.

First, the Vampire bat will first find a likely animal such as a cow, and lands near it. Using its acute hearing the vampire will listen for the rhythmic breathing indicating its target is fast asleep.

Then the bat will exhibit another strange activity by walking across the ground on its hind legs and large forward thumbs eventually climbing atop the sleeping victim. Using a sensory organ in its nose similar to a pit viper the bat will locate an area that is hotter than the rest indicating blood flow near the surface.

The vampire bat uses its extremely sharp incisor to make a small slit in the animal’s skin. Prior to this, the bat gives its victim a lick (a vampire’s kiss?) which contains a pain killer to make the attack go undetected. Next, the vampire drinks the blood, not through hollow fangs but by lapping up the liquid meal with its tongue that has adapted to the task.

An anticoagulant in the bat’s saliva keeps the blood flowing and has been adapted by scientists to produce a clot-busting medication for treating stroke victims. This anticoagulant contains the protein desmoteplase or DSPA, which was given the nickname Draculin.

Only eating once a day Vampire bats will drink up nearly their entire weight in a single meal which makes flying home a bit of a struggle, but once again the vampire has a bit of black magic up its sleeve err… wing. As soon as the vampire bat begins drinking blood its circulatory system and kidneys begin pushing out water to lighten the load. You could say that being peed on by a flying Vampire Bat is good luck because it means he is already full and likely to leave you alone.

Even with the immediate offloading of the water weight, the vampire bat may have to drop to the ground to try and get a running start or use its hind legs to jump into the air to get enough air for its wings to obtain flight.

With their ghoulish diet, habits, and frightening appearance it’s no wonder Vampire Bats have entered folklore and are a staple of Halloween imagery, but unless you go trick or treating in South America and decide to pass out under the stars you are probably safe from becoming a shape-shifting member of the undead…probably.