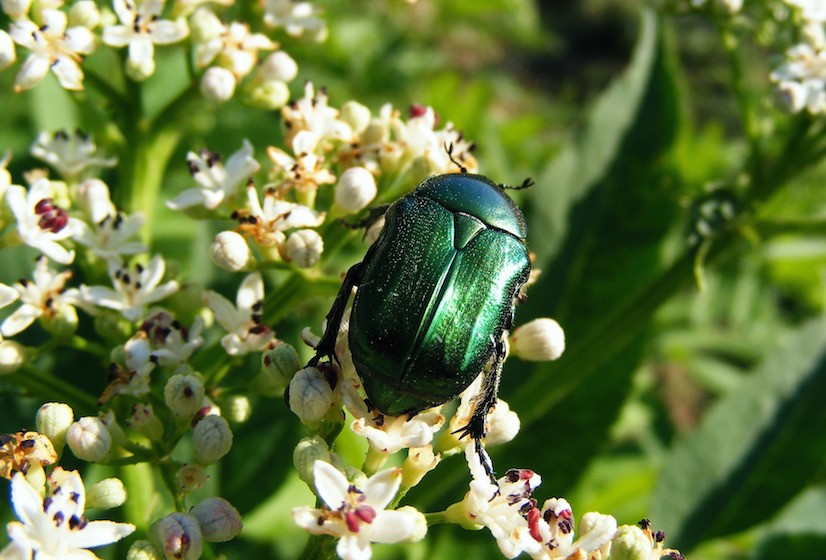 The Figeater Beetle (Continis mutabilis) is a member of the scarab family of beetles and found throughout the South Western United States. Originally they lived primary in arid regions such as the Sonoran Desert, but as agriculture spread, so did the Figeater. Today they are a common sight in Southern California where fruit orchards and flower gardens are plentiful.

You will know summer is waning when you hear the throaty buzz of a Figeater in flight. They aren’t the best pilots though. It’s very common to see these guys bumbling and bouncing from one obstacle to the other until they find a shady tree to rest in.

Figeaters are visually stunning and instantly recognizable due to their beautiful iridescent green bodies. Physically, they have the classic scarab shape and tiny horns on their heads that make them look kind of like alien robots. 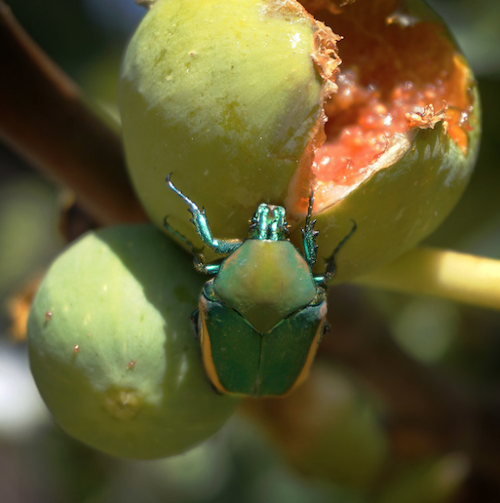 Have no fear, Figeaters are very docile and don’t bite humans. On the contrary, Figeaters are only attracted to sweets and enjoy sugary sap and ripe fruit which is how they got their name.

Their ability to only eat soft and overripe fruit means they aren’t damaging to gardens since they are limited to only eating fruit that has already fallen or been pecked open by birds, which allows the beetles to munch on the soft fruit inside.

Figeaters begin their life as larva called Crawlybacks- named so because they prefer to travel while wiggling on their backs. Crawlybacks look like white caterpillars and spend winter and spring living under the cover of loose compost, eating decaying plant matter.

Unlike other beetles, they are not detrimental to lawns or gardens. When the desert monsoons arrive in mid to late summer the now adult Figeaters noisily take to the skies in their new shiny green exoskeletons, looking to satisfy their sweet tooth. 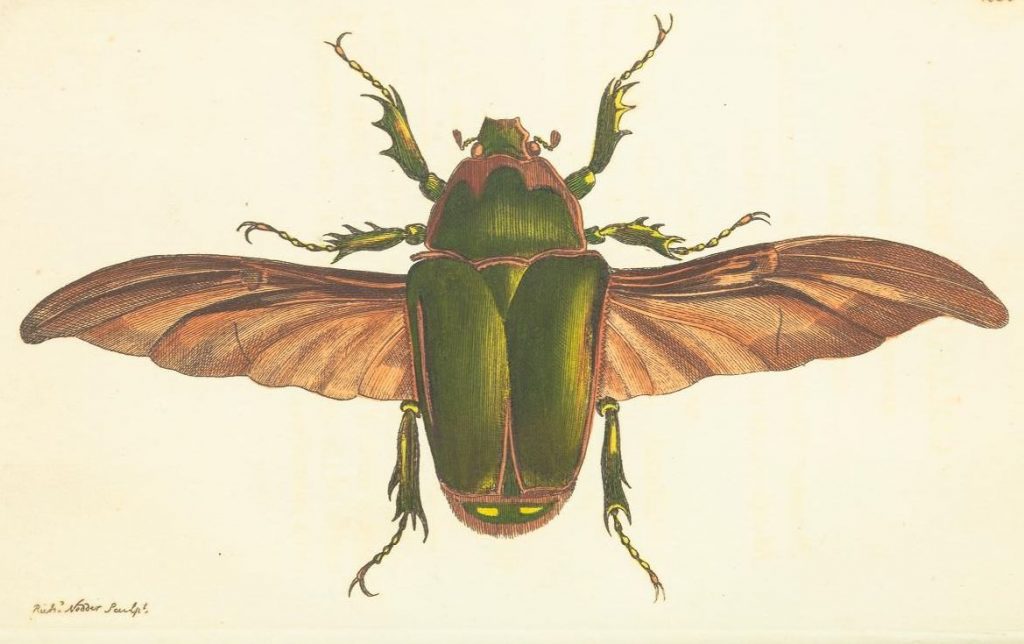 3 Responses to The Figeater Beetle