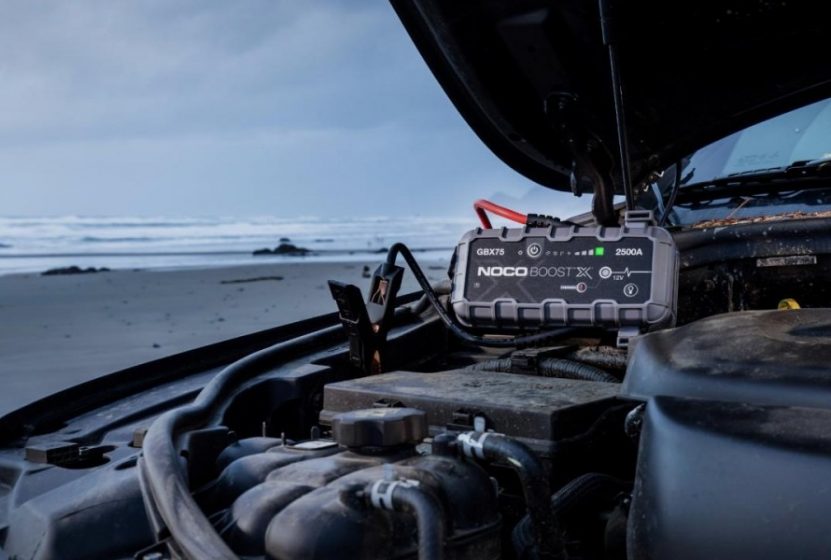 You’ve probably been in this situation before. You step inside your vehicle, turn the key, but instead of hearing the engine turn over, the distinct “click” that lets you know the battery is dead. Perhaps you left an interior light on or maybe your battery was just too low on juice to get the engine started. Whatever the case may be, you likely had a set of jumper cables handy and a friend, co-worker, or good samaritan to give your dead ride a boost with their vehicle.

That scenario plays out all the time in our civilized world but what happens when you travel to places where you may be the only vehicle in sight? How do you get your car rolling when there isn’t a live battery on the other side of your jumper cables?

This is the scenario that plays out in my mind all the time as someone who travels frequently overland and in the backcountry solo. As an Instructor for Fieldcraft Survival, I am regularly taking my 4Runner far off the beaten path to set up for courses.

Beyond these times, there are many occasions when I am traveling at the wee hours of the morning or night when passing cars are few and far between. I don’t like having to rely on others and while I’ll admit I’m stubborn, this character trait has helped me strengthen my resolve and self-reliance.

Recently, I picked up a NOCO GBX75 Jump Starter Battery Pack. This replaced an older Die Hard battery pack that took up a considerably larger footprint. The NOCO is about the size of a small tool box and is capable of jump starting up to 8.5 L gas and 6.5 L diesel engines.

In addition to jumping vehicles, the NOCO has a 400 lumen flashlight as well as USB outlets to help recharge your electronic devices with  60W USB-C In/Out and 10W USB-A Out ports. After all, you may want to start the “rescue team” in motion early with a phone call and if your vehicle’s battery is dead, you have a backup charging source.

This battery pack is not an excuse to avoid performing regular maintenance on your vehicle. Right around the 5-year mark, you should replace your battery. Also, should the battery not be the cause of your vehicle not starting, always pack a sleeping bag and some warm clothes in your rig if you do need to spend the night.

That said, batteries die and that is a common likely reason you aren’t on your way. Pack one of these in your kit and you’ll have an excellent safe way to take care of your vehicle’s stubbornness on your own without the need to bother anyone for a jump.

The NOCO battery pack is backed by a 1 year warranty but based on the feedback of many of my friends and associates, it is highly unlikely it will be needed!