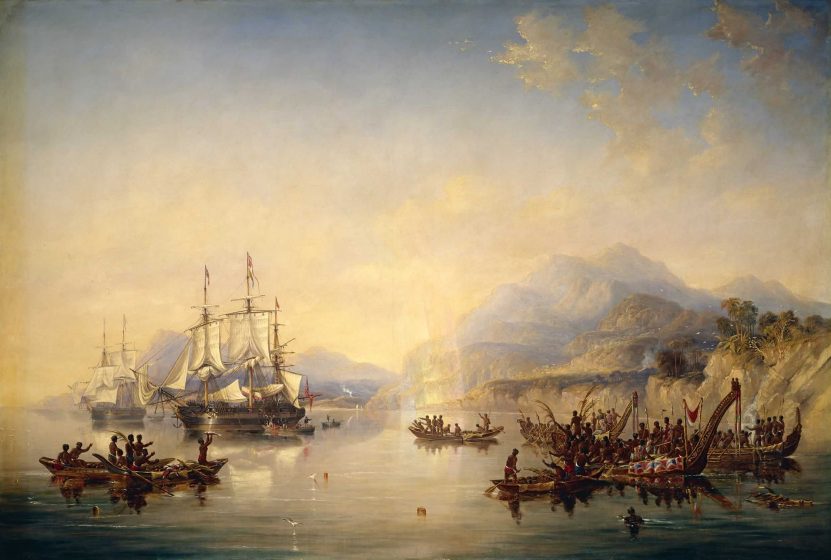 Before setting out on his final polar expedition in 1845 and creating one of history’s more intriguing and enduring maritime mysteries, Sir John Franklin had served in three wars, surveyed Australia, and mapped unexplored areas of Canada’s Northwest Territories.

Throughout his five-decade career in the British Navy, Franklin had developed a hard-earned appreciation for suffering and perhaps an undeserved reputation for failure.

Franklin’s expeditions had provided him with an intimate understanding of hardship and deprivation. He survived extreme cold for months on end. He lived in cramped quarters with his crew and a rapidly spreading respiratory disease. And when food supplies became exhausted, men from two of his expeditions had turned to cannibalism.

Yet despite his accomplishments, Sir John Franklin is most well known for leading an ill-fated expedition that disappeared for nearly 170 years.

Like most explorers of his era, Franklin got his start in the British Royal Navy. He received his appointment in 1801 at the age of 14. He quickly adapted to a sailor’s life of toil and living in extremely tight quarters with up to 150 of your best friends and worst enemies for months at a time.

Franklin’s inaugural cruise in 1802 was aboard the survey ship HMS Investigator which completed the first circumnavigation of Australia during its 18-month voyage.

Rising through the ranks, Franklin served as a signals officer on the HMS Bellerophon at the Battle of Trafalgar in 1805.

He also fought in the Battle of New Orleans during the War of 1812, and although he was not wounded, he did suffer from permanent hearing damage.

By 1818, Franklin had reached the rank of lieutenant and was in command of his first ship, the HMS Trent. The Trent was part of a two-ship expedition that attempted to sail from over the North Pole to find the Northwest Passage to Asia. Although violent weather and Arctic pack ice made Franklin turn back and the mission a failure, he was still commended for his enthusiasm and bravery.

The following year, Franklin was appointed to lead the Coppermine expedition, a three-year overland trek to map the area from Hudson Bay to the north coast of Canada and the Coppermine River delta on the Arctic Ocean.

This expedition was doomed from the start.

Poor logistical planning and lukewarm support from the local indigenous peoples and fur trading companies quickly put the party in a precarious position. Although the expedition eventually covered 500 miles to reach the Arctic coast, they ran out of supplies, and their bark canoes fell apart.

They had no choice but to turn back.

With the onset of winter, game was scarce, forcing the men to eat lichen, which they nicknamed tripe de roche, and boiled leather from their spare boots to survive.

On their return, Franklin decided the best course of action was to split the party, leaving the weakest men behind at camp and sending the fittest men ahead to return with supplies. Franklin, accompanied by the group’s voyageurs (French-Canadian trappers), would follow the lead party at a slower pace.

Only a short distance into Franklin’s trek, four of his voyageurs said they were unable to continue and returned to camp.

Only one voyageur made it, but not before killing and eating his three companions.

When the surviving voyageur was confronted about the suspected murders, he killed one of the camp officers proclaiming the officer’s rifle accidentally went off when he was cleaning it.

The voyageur was later shot and killed by one of the surviving officers.

By the end of Franklin’s first arctic expedition, 11 of the original party of 22 had died.

Mocked by the locals for his poor planning and inability to adapt to the environment, Franklin nonetheless returned to England as a hero and with the appellation of the “man who ate his boots.”

In 1825, three years after the Coppermine Expedition, Franklin was asked to lead a second overland Arctic expedition. In sharp contrast to his first foray, the second was well-manned and supplied.

Starting at Great Bear Lake in the Northwest Territories, the expedition used specially designed boats to descend the Mackenzie River and surveyed more than 1,100 miles of coastline along the Beaufort Sea.

Franklin was knighted for his accomplishments in 1829 before returning to war for a third time, commanding the HMS Rainbow during the final years of the Greek War for Independence.

In 1836, Franklin received an appointment to serve as lieutenant governor of the penal colony Van Diemen’s Land (now Tasmania). Although he and his wife, Lady Jane Franklin, attempted to improve conditions on the island, he was eventually caught up in political infighting, sacked, and sent back to England in 1843.

When Franklin returned, the Royal Navy was still doggedly pursuing a northwest trade route to connect England to China and India. An expedition was being planned to launch in 1845 under the command of veteran Arctic explorers Sir William Edward Parry or Sir James Clark Ross. Both declined the opportunity, stating they were done with polar exploration.

Parry recommended the 59-year-old Franklin so he might have one last victorious expedition to cap his naval career. Franklin also lobbied for his shot at glory and eventually convinced the Admiralty he was their best choice for traversing the last unnavigated section of the Northwest Passage.

On May 19, 1845, nearly 20 years after his last arctic adventure, Franklin sailed out of Kent, England, on two specially outfitted ships and a crew of 134 men.

Franklin led from the HMS Erebus while Captain Francis Crozier, a veteran of five expeditions to the Arctic and Antarctic, commanded the HMS Terror.

The Erebus and Terror were retrofitted with iron plating on the hulls and heated crew quarters that were connected by ducts to a stove. The ships were also the British Navy’s first to have steam-powered engines and screw propellers, which could propel them at up to 4 knots.

Erebus and Terror initially saw service as bomb ships, using aft and bow mortars to bombard fixed positions on land. The Terror was used against the United States in the War of 1812 and was part of the British armada that unsuccessfully mortared Fort McHenry. Observing that attack inspired Francis Scott Key to write his “Defence of Fort McHenry” poem that later became known as the “The Star-Spangled Banner.”

With poor prospects of finding a steady supply of food in the Arctic, Franklin had the ships loaded with three years of provisions.

The expedition was stocked with two tons of tobacco, 32,224 pounds of salt beef, 36,487 pounds of biscuits, 3,684 gallons of concentrated spirits, and nearly 5,000 gallons of port and ale. Anticipating potential delays due to pack ice, Franklin included 8,000 tins of preserves, which included pemmican, cooked beef and pork, and soup. There were also 930 gallons of lemon juice on board to prevent scurvy.

Franklin’s primary polar obstacles were the unpredictable weather and pack ice. The sea typically froze in late August and usually, but not always, broke the following spring. This led to an expedition strategy of sprinting through the open seas during the short summer and then enduring long winters with the ships locked in pack ice.

These challenges were most likely at the top of Franklin’s mind as he raced north along the east coast of Baffin Island on July 26 — just weeks before the ocean under his hulls would turn to ice.

It was the last time anyone from the Franklin expedition would be seen alive. . . To Be Continued

2 Responses to The Saga of Sir John Franklin Pt. 1