Mt. San Jacinto, an Island in the Sky 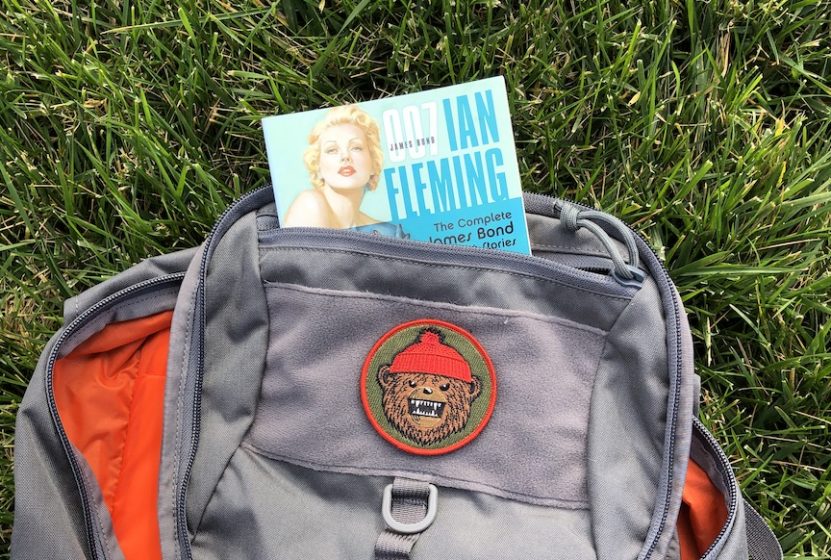 A pack book is a book to keep in your backpack or travel bag for any kind of journey.

We consider a good paperback book an essential part of any packing list whether you are going for a short hike or a trip around the world.

A pack book should be not too big and not too dense (we’re looking at you Tolstoy) but be easy to stow and able to give you something to occupy your mind after a long day of exploring lakes in the Sierra Nevada, trapped in your tent during a sudden rain storm or waiting for a ferry boat in Jakarta.

You might say “I have an E-reader for that” but a paperback doesn’t require batteries, can be knocked around, get wet and be used as self defense against scorpions and other creepy crawlies. (definitely not covered by Apple care!)

Besides, the whole point of going on adventures and being outside is to unplug and let your mind and body escape the digitized modern world we live in.

An added plus of a paperback you can annotate the margins or use the blank signature pages as a journal of your travels, take notes, sketch or even start a fire if you are in a bind. I have used one as a pillow on more than one occasion. When you are done you can pass it on to others you may meet or keep it as a reminder of your trip.

So with that in mind here are the first five books to consider taking on your next go out. Some are collections of short stories which are great for catching your attention and moving quickly, other are books about true adventures that were equal parts thrilling and dangerous.

In 1947 Norwegian ethnographer Thor Heyerdahl set out to prove his theory of human migration by building a giant balsa wood raft using no modern technology and riding the ocean currents from South America to Polynesia.

Heyerdahl and five brave crew mates sailed the Kon Tiki across more than 4,000 miles of open ocean with virtually no hope of rescue had their raft not held up.

Heyerdahl’s account of their voyage from the early planning stages to harvesting the lumber in the Andes, building their craft and the long journey by sea is very uplifting and makes you wish you could be swept up in an adventure just like this one.

Dashiell Hammett drew upon his experience as a Pinkerton Detective to create a new genre of hard boiled detective stories that influenced literature and the Film Noir style of movie making.

Red Harvest itself is a combination Western/ Detective story that pits a lone agent of the Continental Detective Agency against the lawless town of Poisonville. Only known as the “Continental Op” the book’s protagonist must singlehandedly solve a murder and rid the town of cutthroat bootleggers while not ending up dead himself.

This book was the inspiration for one of the greatest Samaurai movies ever, Akira Kurosawa’s “Yojimbo” staring Toshiro Mifune. It is also the source material for Sergio Leone’s “Fist Full of Dollars” with Clint Eastwood as the man with no name.

Wilfred Thesiger was the son of an English diplomat, was born in 1910 in a mud house located in the former kingdom of Abyssinia. Though he was later raised in England and graduated from Oxford, Thessiger would spend most of his life exploring some of the last wild places on Earth before satellites, automobiles and technology encroached. His books and corresponding photos are some of the only documentation of this bygone era.

While still at Oxford he lead an expedition for the Royal Geographic Society to find the unknown source of the Awash River in Ethiopia. Already an Arabic speaker and crack shot he served with the SAS during WWII on some of their most daring raids in the deserts of North Africa.

After the War Thesiger set out to travel by camel and cross the vast unmapped and waterless region of the Arabian Desert called the Empty Quarter. Thesiger earned a reputation for toughness and resiliency Among the Bedu nomads he traveled with.

At first glance his understated recounting of his trip belies the extreme risk and deadLy consequences he faced crossing the relentless desert either by dehydration if a well was not found or for being an “infidel” outsider.

4.Quantum of Solace by Ian Fleming

There had long been mysteries, detective stories and spy novels but nothing prior really compared Ian Fleming’s creation of James Bond.

Drawing on his experience during WWII as the right hand man for the Director of British Naval Intelligence Fleming was able to take his knowledge of espionage, special equipment used by commandos and their secret missions and bring it into the Cold War era all the while giving agent 007 Fleming’s own tastes in the finer things such as sports cars, exotic locations, champagne and not least, beautiful women.

“Quantum of Solace” is the entire collection of James Bond short stories that follow him on missions around the world. Many of the stories’ titles like “From A View to a Kill” and “For Your Eyes Only” may sound familiar because of the James Bond movies of the same name, but these missions are entirely different with a James Bond that could be at times ruthless.

Guide Books are another type of essential reading material that should come along on your next adventure. You are never too old to keep learning and guide books can help familiarize yourself places you travel to ahead of time.

Whether you are visiting a National Park or surfing an isolated reef in the Indian Ocean it’s good to educate yourself on the flora, fauna or history of the places you intend to explore and expand your your overall knowledge about the great outdoors.

Buy one for the region you are visiting and you can be prepared for any natural hazards and check off all the wild animals and plants you see.

You will be a much more well rounded traveler and who knows, maybe it will help you win a trivia contest some day!

One Response to Pack Books Vol. 1