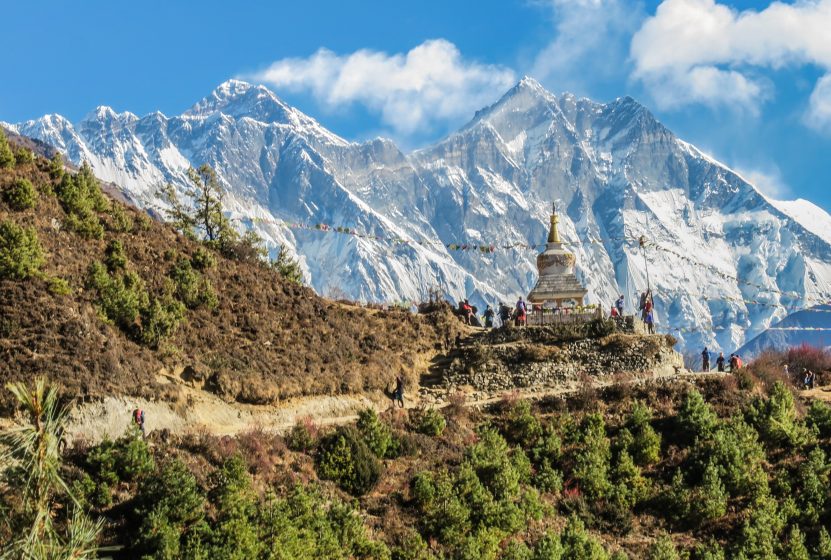 Depending on your sources, the Yeti (Dinanthropoides nivalis) is a mysterious, wild creature that lives in the steep, uninhabited mountainous regions of Russia, Nepal, Tibet and China.

With only one confirmed sighting on record, the Yeti has been described to have a relatively wide range of physical characteristics. The creature is supposed to be very muscular and weighs between 200-400 pounds. Its fur is white, but some have reported it as having dark gray or reddish-brown hair.

The Yeti’s existence goes back more than two millennia. When Alexander the Great conquered the Indus Valley in 326 B.C., he demanded to see a Yeti. Word had spread that this incredible creature roamed the mountains and the invading king wanted to see one.

The locals convinced, or conned, their new boss that this was simply not possible. While they wanted to show Alexander a Yeti, they couldn’t. Yetis were high elevation creatures. They could not survive at low altitudes, and there was no way to transport one to the king without the beast dying.

While rumored Yeti sightings continued to pop up throughout the ensuing centuries, the first significant breakthrough came in 1921.

A group of British explorers had returned from a Mount Everest expedition and informed a reporter they found enormous footprints on the mountain. The expedition’s local guide said the animal that created those tracks was called “metoh-kangmi,” which is loosely translated to “man-bear snow-man.”

The reporter mistranslated “metoh” to “filthy” but still didn’t think that was sexy enough for his story. He replaced the adjective with “abominable,” and the Yeti took on a new name in the Western media: The Abominable Snowman.

No other significant Yeti advancements took place until three decades later. That’s when another British Explorer, Eric Shipton, photographed one of the Yeti’s footprints on the Menlung Glacier west of Mount Everest.

The footprint looked eerily similar to an extra-large human print with one notable exception: it had a thumb.

While many thought this discovery was the proof they needed to prove the Yeti’s existence, others dismissed the track as a flattened footprint eroded and widened by the wind.

Among the more extraordinary efforts to prove the creature’s existence was a 2011 Yeti conference in Siberia. Organized by the Russian government, the forum was meant to showcase groundbreaking recent discoveries. One group of scientists announced they had discovered “indisputable proof” that a clump of gray hairs found in a cave belonged to the Yeti. They also had evidence of Yeti building nests and shelters out of twisted tree branches.

Their evidence, however, was quickly declared a publicity stunt to increase tourism in the impoverished coal-mining region. Closer examination of the Yeti-built structures showed tool-made cuts. The nests and shelter were also found along a well-traveled trail. Hardly the habitat of an elusive animal.

In 2017, scholar Daniel Taylor published what many now consider to be the definitive treatise on this shy, high altitude creature, “Yeti: The Ecology of a Mystery” (New Delhi: Oxford University Press, 2017).

Taylor scoured Nepal’s remote Barun Valley, an area that had several reported Yeti sightings. The valley is surrounded by dense jungle with rainfall so high that humans never settled there. For a Yeti, it was the perfect hideout place.

When Taylor reached the Barun Valley, he found fresh footprints that he thought belonged to the Yeti.

Taylor’s question was, if those are real Yeti prints, what was the Yeti?

His answer came from more observation and a healthy dose of “street smarts” from local hunters.

The Yeti prints were made by indigenous tree bears.

These tree-climbing bears have an inner digit that is forced downward so they can have an opposable grip for scaling trees. That inner digit is the thumb seen in Yeti tracks.

Regular bears cannot do this with their toes.

Has science finally put the Yeti question to rest or are there still mysteries in the high Himalayan mountain passes and unexplored valleys on the Roof of the World?