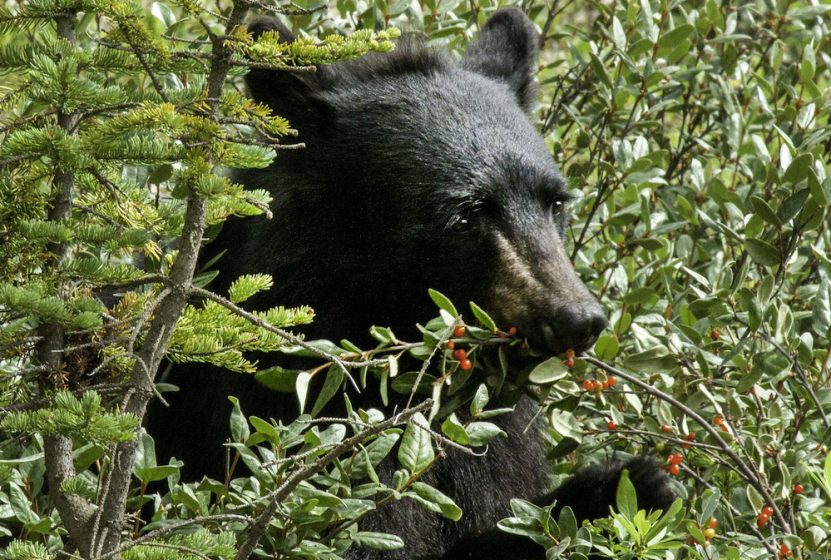 One of the many joys of spending time outdoors in the summer is foraging for berries. While the berry picking primetime is early summer, depending on where you live, late summer and early fall can still offer plenty of opportunities for feasting on these tiny wild fruit delicacies.

Here are some of our favorite late summer specials on Mother Nature’s produce aisle:

Found in northern climes and native to the boreal forest, the lingonberry (Vaccinium vitis-idaea) is an acidic, bittersweet relative of the cranberry. Regionally, the lingonberry is also known as the cowberry, partridgeberry, redberry, mountain cranberry, and foxberry.

The lingonberry is a low, creeping shrub with oval evergreen leaves from ¼ to 1-⅛ inches long, alternately arranged on stems up to 16 inches long.

Small bell-shaped white and pale pink flowers blossom in early summer before turning into cranberry-sized red berries in late summer. The fruit sweetens the longer it is left on the branch and often becomes more edible when the snow melts.

Due to its tartness, the lingonberry is typically cooked and sweetened before being eaten in the form of syrups, jams, and compotes. Raw lingonberries are mashed with sugar to make them more palatable.

The elderberry (Sambucus nigra) is a dark purple berry found throughout the Pacific Northwest, Midwest, Southeast, and Northeast regions of the United States.

The black elder tree is actually a deciduous shrub that grows up to 20 feet tall and wide. Its leaves are 4 to 12 inches long with a serrated margin.

The elderberry forms in drooping clusters and can be harvested when all the ¼-inch berries on the cluster turn a dark, glossy purple. This usually occurs between mid-August to mid-September.

The elderberry is slightly poisonous when eaten raw. It can cause nausea, vomiting, and a severe case of the backdoor bubblies. The fruit becomes edible after cooking and is used in jams, sauces, soups, wines, and brandy.

The flavor child of a cranberry and blueberry, the huckleberry (the common name for various Gaylussacia species and some Vaccinium species), comes from a shrub-like plant found in the underbrush of sub-alpine forests in the Western U.S.

The huckleberry grows on an evergreen shrub between 2 to 4 feet tall. The shrub has small oval leaves with smooth edges arranged alternately on the stems. The leaves have a slight yellow tint and will turn red in the fall.

The huckleberry produces small pink-red flowers early in the summer, long before the fruit appears in late summer.

The huckleberry fruit is similar in appearance to the blueberry. One way to tell the two apart is by opening the fruit. Blueberries are pale green or white inside, and huckleberries are purple or blue.

The huckleberry bush produces its sweet juicy berries in late summer and early fall and can be consumed just like blueberries. Once harvested, huckleberries need to be used immediately or frozen for later use in jams, ice creams, muffins, teas, soups, and syrups.

The black chokeberry (Aronia melanocarpa) is a tart, high-antioxidant fruit similar in appearance to the blueberry and huckleberry. The berry’s astringent properties led to the name “chokeberry” due to its tart taste that tends to dry out your mouth.

Found in the eastern U.S., the chokeberry is a rounded deciduous shrub that grows between 3 to 8 feet tall in damp woods and swamps. The dark green leaves are 1-3 inches long and elliptical in shape. The leaves change from green to vibrant red, orange, and purple tones in the fall.

In spring, the chokeberry produces clusters of flowers, with each flower having five white petals.

Clusters of huckleberry fruit (each berry between ¼ to ½ inch in diameter), with up to 30 berries per cluster, turn purplish-black to black in late summer and early autumn.

Due to the chokeberry’s extreme tartness, the fruit is best used in baking to make jams, jellies, and syrups.

The wild blackberry (Rubus allegheniensis) is one of the summer’s sweetest berries that can be harvested throughout the summer and into late September.

Wild blackberries can be found throughout most of the U.S. These small berries grow on thorny shrubs called brambles, which are members of the rose family. Each blackberry bramble contains several canes between 4 and 6 feet long with sharp-toothed leaves with a clearly visible central vein.

These brambles are easily identified in early summer when the plant produces small bright white flowers.

The blackberry fruit starts as a tiny green berry that turns red and eventually black when it matures in July in August.

Since wild blackberries are the perfect trail snack, most never make it back from the trailhead. Those that do are used in jams, juices, syrups, brandy, or frozen for later use in pies and smoothies.

Before you start slamming down any berries you find along the trail, check the rules and regulations of the area you’re traveling through. It is illegal or restricted to forage in some locations so that wildlife can have access to food.

Regarding wildlife, remember you may not be the only one dining on late summer berries. Bears and other animals love berries. Make a lot of noise as you approach your berry patch, so both you and the animals stay safe.

Also, not every berry is your body’s friend. Make sure you are 100 percent certain of the berry’s identification before putting it in your mouth.

Safely foraging for berries means traveling with someone experienced in the local edible flora. Or at least bring a book like “A Field Guide to Edible Wild Plants: Eastern and Central North America” by Lee Allen Peterson and Roger Tory Peterson. Keeping a copy of “Handbook of Poisonous and Injurious Plants” by Michael J. Balick, Lewis S. Nelson, and Richard D. Shih in your backpack may also be a good idea.