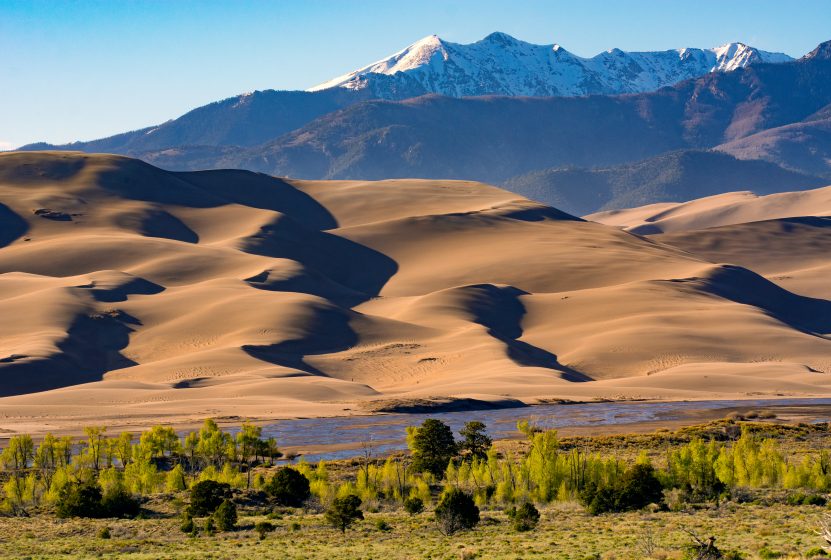 While many American trees have had notable roles in the country’s history, perhaps none played a more significant part than the continent’s largest hardwood, the cottonwood.

This tree, also known as the poplar, was directly involved in the success of the 1804-1806 Lewis and Clark Expedition.

Nearly 80 percent of the expedition’s 8,000-mile voyage was completed over water and the team needed locally made watercraft to transport tons of supplies, people, horses, and mules.

Native Americans taught the explorers how to carve dugout canoes from the trunks of cottonwoods. These 30-foot-long boats that weighed almost 2,000 pounds each, were were paddled, poled, and towed along the Missouri River from Fort Mandan (near modern-day Bismarck, North Dakota) to Great Falls, Montana.

Aside from being used for canoes, cottonwoods were a staple of everyday life for indigenous people across the Great Plains and Southwest. Wood from the tree was used for building materials, fuel for fires, food for horses, medicine, and shade from the elements.

The Plains tribes and members of the Lewis and Clark expedition used the wood from the plains cottonwood (Populus deltoides monilifera), one of the tree’s three subspecies.

The eastern cottonwood (Populus deltoides) is found in the eastern U.S., and was most likely the subspecies used by General George Armstrong Custer when he fed the bark to his horses and mules during his 1868-1869 campaign against the tribes in southern Arkansas.

The third subspecies, the Rio Grande cottonwood (Populus deltoides wislizeni) can be found between southern Colorado and Texas, and then west to California. These cottonwoods were used as landmarks by wagon train scouts to identify layover spots. Sometimes called the “tree of life,” the cottonwood provided much-needed shade, wood for fires, and was often located near streams and rivers.

The Hopi, Pueblo, and other southwestern tribes used the Rio Grande cottonwood’s roots to carved kachina dolls and other ceremonial objects.

The cottonwood thrives along river banks since floods create perfect conditions for seedling germination. As one of the fastest-growing trees, it can grow up to 15 feet yearly.

The cottonwood lives between 70 to 100 years and can reach heights as tall as 195 feet, with a trunk close to 10 feet in diameter.

Cottonwood bark is a silvery gray and smooth when the tree is young and develops deep, rugged fissures as it ages.

The cottonwood’s coarsely toothed leaves are large and triangular, about 2-4 inches long and 2-4 inches wide. The broad leaves easily catch the wind and move like wind chimes, one of the cottonwood’s hallmarks. The leaves are dark green throughout the summer and will turn a light yellow in the fall. However, cottonwoods in arid locations drop their leaves in early fall before the complete color change can occur.

The cottonwood reproduces through seeds that develop on single-sex trees. The purple-reddish male flowers (catkins)  and green female catkins bloom in the early spring. By early summer, each catkin has matured with several seed capsules that will split open to release seeds attached to cottony strands. One cottonwood tree can release 40 million seeds each season.