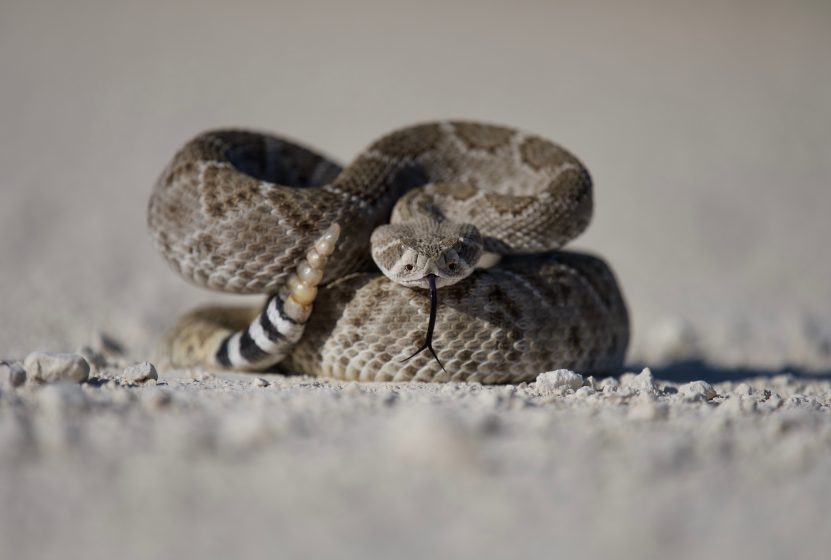 Rattlesnakes are a type of venomous pit viper found in every state of the lower 48 and in almost every type of environment. Rattlesnakes are comprised of a group of 32 known species and as many as 70 subspecies. Most are commonly found in the South West but can be found anywhere from sea level to 10,000 feet in the mountains, desert, swamp, prairie, and forest terrain.

Most are commonly found in the in the South West but can be found anywhere from sea level to 10,000 feet in the mountains, desert, swamp, prairie and forest terrain

Arizona alone has 13 species- how lucky!

Being cold-blooded, Rattlesnakes rely on their environment for their temperature regulation. They are most active in spring and early summer when temperatures are mild. In the morning it is very common to see the snakes basking in the sun in open areas or on rocks in order to warm up from the night before. In winter and areas of cold as many as a hundred snakes will shelter together in dens and hibernate.

Rattlesnakes always use the same dens and will return year after year sometimes traveling several miles before reaching their hibernating den. Similarly, during periods of very hot or dry weather Rattlesnakes will aestivate-which is basically seeking shelter and laying low in an attempt to conserve energy and beat the heat. 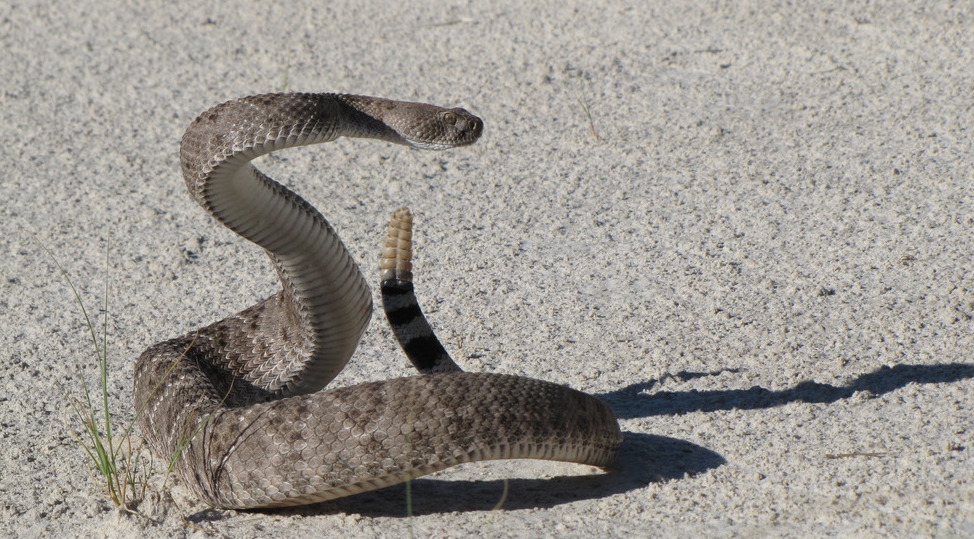 Rattlesnakes are known of course for the rattle on the end of their tail. This rattle is made up of segments of keratin, that when rubbed together produce the snake’s famous buzz. A snake will gain a new rattle segment every time it sheds its skin however, this isn’t a reliable measure of the snake’s age as rattles can be lost and damaged.

Rattlesnakes use their rattle to scare off predators, they will also hiss and coil themselves in a defensive posture in order to strike. Humans should always let a Rattlesnake be if any of this behavior is exhibited. 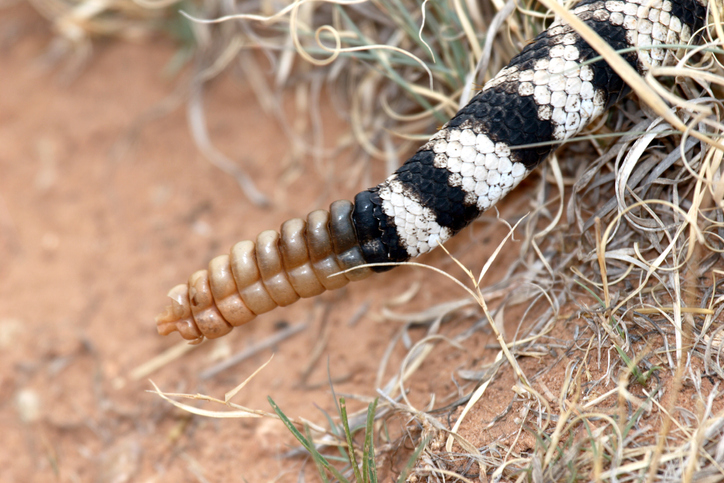 The rattlesnake sheds its skin once a year. Each rattle represents one year of the snake’s life. By counting the rattles you can tell the age of the snake.

The majority of humans bitten are young males who have been consuming alcohol. (never say hold my beer and watch this) The majority of Rattlesnakes when biting their prey will inject a hemotoxin from their hollow fangs. This toxin affects blood cells and quickly kills the snake’s usual prey such as rodents. In humans, the toxin causes extreme pain, swelling, nausea, and eventually organ and tissue damage.

The good news is that with quick treatment and the introduction of antivenin, most cases are rarely fatal. Tourniquets, incisions, and attempts to suck out the poison should not be used.

Instead having the victim remain still and rapid transport to the hospital is a priority. Being able to accurately describe what the snake looked like will enable doctors to select the best course of treatment for the bite. 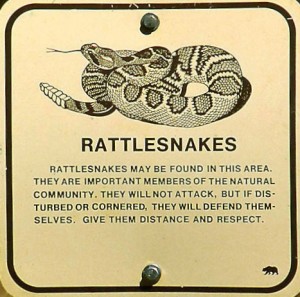 Hikers and campers can take simple precautions to avoid being accidentally bitten by a Rattlesnake. When hiking you should always wear boots and loose pants. Never step over logs or into a brush you cannot see. These are a favorite resting place for snakes.

As always, it’s a good idea to head out with a buddy so that if there is a problem, help can be quickly summoned.